I bought this Clover Pom Pom Maker set. I made one of each size using the same yarn so you can see how big they turn out. The size will also depend on how plush you want your pom pom. This is the best pom pom maker. I’m so glad I bought this set. It’s perfect to have all four sizes available.

First cut a piece of yarn to use for tying and have it ready for the end. You can set it aside for now. The length of this yarn will depend on if you’re going to tie your pom pom to something or not. I used about a 10″ piece because I would rather have more than necessary than cut it too short.

To make a pom pom, start by pulling out the arms on one side of the maker and line them up so they’re flush. The two white arms that were once on the bottom are pulled out and lined up with the outer arch facing up pictured on the right side. The second set of arms are still folded in on the left like below.

Start on the outside tip and hold your yarn in place (don’t tie a knot, use the yarn to hold itself in place as you wrap) and begin wrapping the yarn with reasonable tension around both arms and make one row with closely wrapped yarn until you reach the center of the maker. You’ll want most of the white portion covered.

Once you reach the center of the maker, work your way back in the other direction and cover any areas that you missed the first time. The idea is to keep everything even in thickness and as rounded as possible. How many times you go back and forth depends on the thickness of the yarn and the size you’re making. Keep wrapping until the yarn on the bottom side is almost straight across, filling in the bottom arch. This is how you get a fluffy pom pom.

When you get that side of the pom pom wrapped, make sure you end where you started on the right outside tip and fold it in but DON’T cut the yarn. The pom pom might be a little fat, but just fold it in tight. Turn the entire maker over fold the next set of arms out and position it comfortably and duplicate this entire process on the other side. Fold that side in as well.

Hold the wrapped arms in and turn the donut shape on its side and use the grooves in the maker to slide your scissors through all of the loops and cut them. Sharp scissors work best. Make sure there is no thread left in any of the grooves and be sure the thread that connected the two sides together during the wrapping stage is also clipped. Remember, don’t let things pop apart. 🙂

Take that first 10″ piece that you cut in the very first step and slide it between the grooves you used for cutting and pull them tight. It will almost make a clicking noise as you pull it tight to tie the knot. Use quite a bit of tension until you pull tightly around the center of the pom pom. Tie a knot. Some people go back around to the other side and tie another knot. I don’t.

Once it’s tied off, use your fingers to brush each side of the pom pom out flat. Stand over a trash and carefully trim the edges so that everything looks like a nice round circle on one side, flip the pom pom over and do the same thing on the other side. Don’t cut the long pieces that you’ll use to tie your pom pom on your project. Just hold them out of the way.

Now you can unfold all four arms of the maker, one at a time. Pull the maker apart by holding the colorful circles in the center and pulling out. I could only hold one side while taking a picture but here’s where you grab to pull.

Remove your pom pom and put the maker back together and set it aside for the next one. Don’t force it back together too much, a bit of the pin will still be showing.

Hold the two long pieces of yarn out of the way and finish trimming any stray pieces and you’re done! Once you’ve made a couple, it will get so much easier. I found that using the Clover Pom Pom Maker Tutorial wasted way less yarn than the other methods I’ve tried and there was hardly any trimming necessary. I made a black pom pom wreath with mine. What are you using yours for? Let me know in the comments below.

If you’d like to take a look at my Easy DIY Pom Pom Wreath post, you’ll see how I made pom poms using empty toilet paper tubes and just my fingers. Although both methods worked great, I did learn that using a pom pom maker wastes a lot less yarn and actually saves money in the long run.

I’d love for you to give me a follow on Pinterest. I have a lot more projects I’ll be sharing and I always save my new projects there. Let me know in the comments below if you use a pom pom maker or how you prefer to make yours.

I love this combination for a DIY Halloween Pom Pom garland because it will also transition to fall. I don’t decorate a lot for Halloween now that the kids are away, but I thought it would be fun to add just a touch of DIY Halloween decor this year. 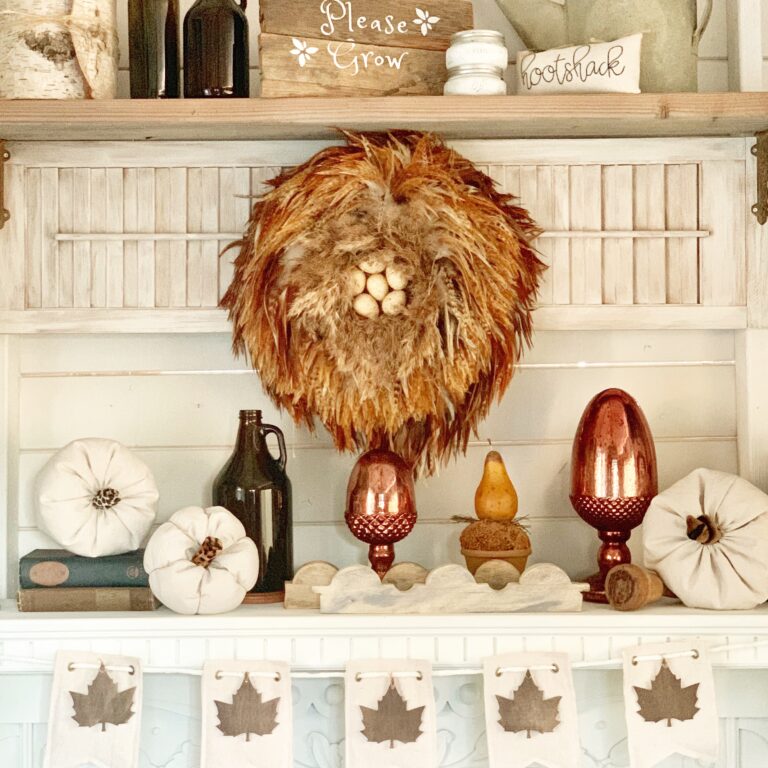 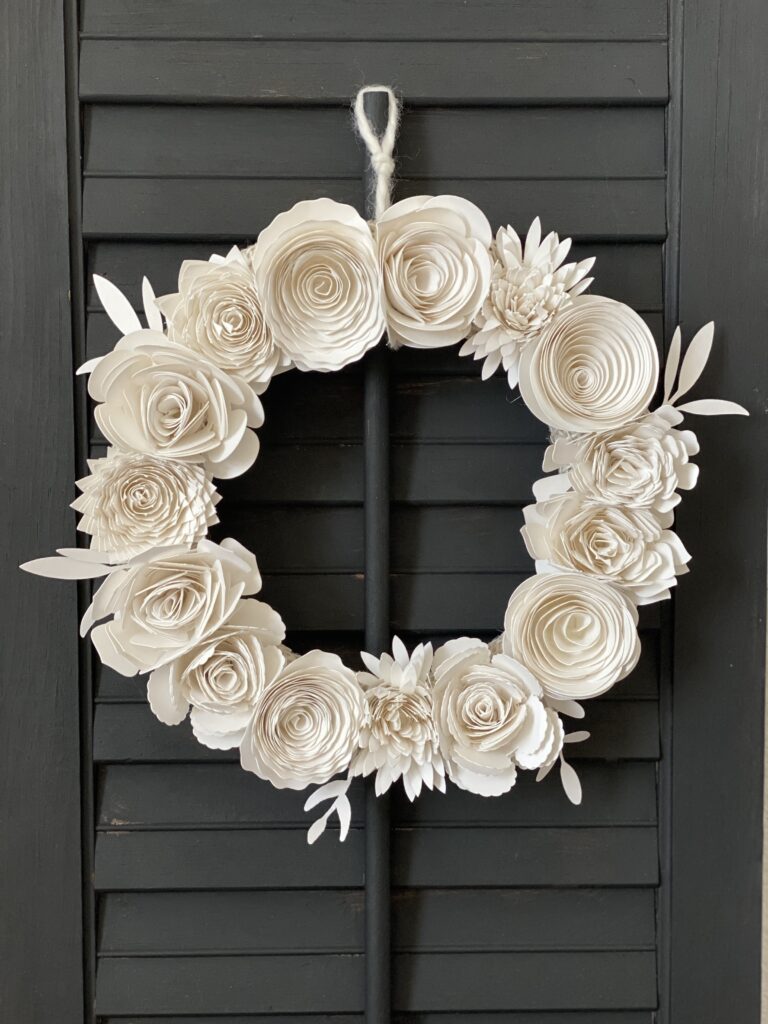 It’s crazy how pretty this Easy Paper Flower Wreath With Cricut is. I was on the hunt for Cricut home decor projects and came across rolled paper flowers. It gave me the idea to make a paper flower wreath with my Cricut. I can’t believe I created this with only 16 sheets of cardstock paper… 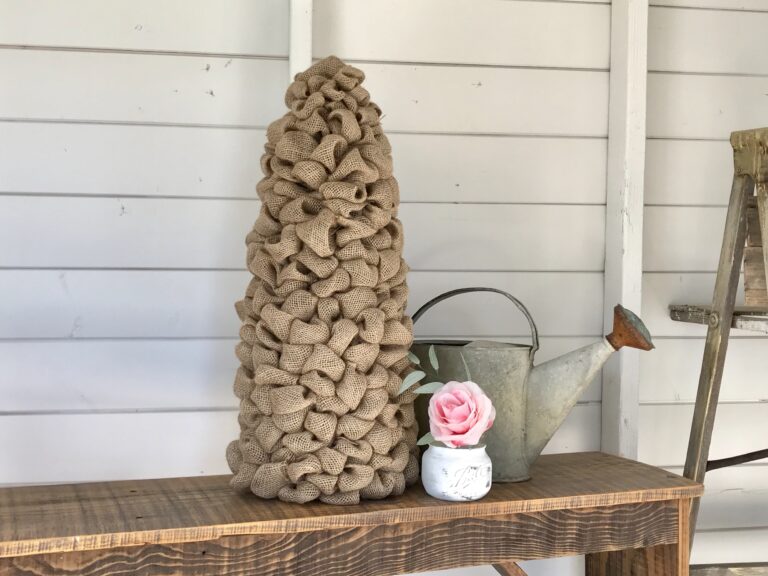 I have a love-hate relationship with this tall burlap tree DIY.  I wish I had a video of me cutting the chicken wire and forming the cone shape.  You’ll have to picture me sprawled on the floor trying to keep the roll of wire from flying back at me.  I had scratches on my arms… 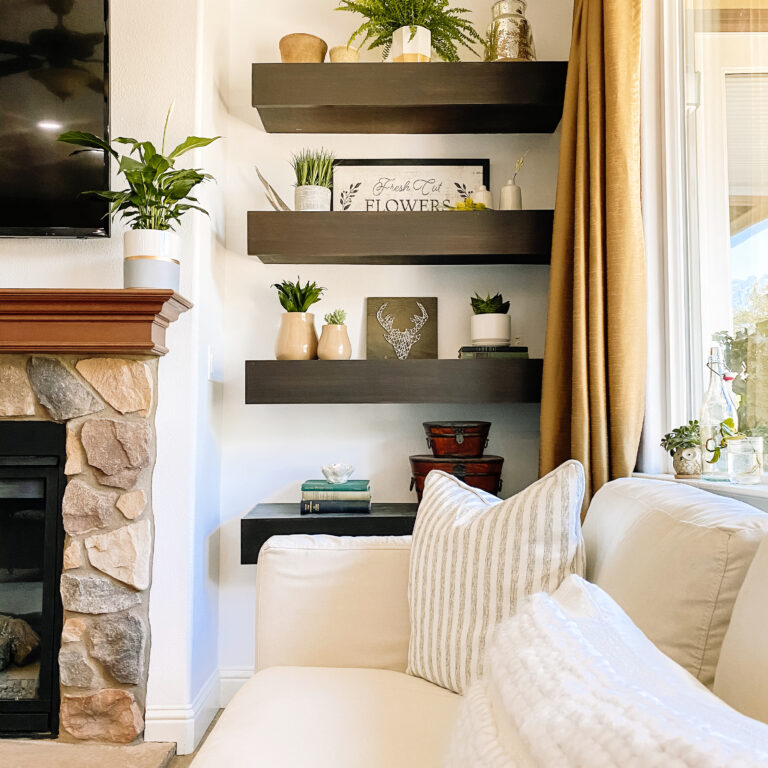 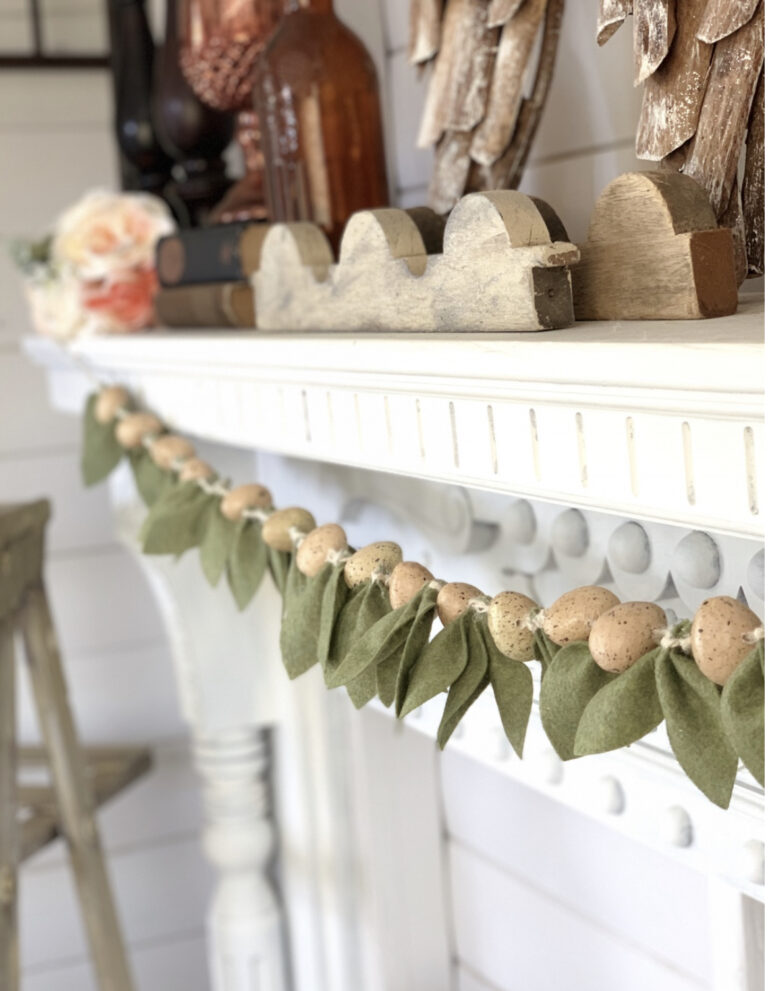 My Best DIY Garland Ideas are all summed up into one post! I love how easy they are and it’s fun to come up with a new idea for each season. I’m not one to decorate a lot for each holiday but if the mantel is decorated, then things are festive enough for me.