I love this combination for a DIY Halloween Pom Pom garland because it will also transition to fall. I don’t decorate a lot for Halloween now that the kids are away, but I thought it would be fun to add just a touch of DIY Halloween decor this year.

I love pom poms! I find them relaxing to make and I usually make them while laying in bed and watching TV.

I used my pom pom maker kit. I have an entire tutorial on how to make pom poms with a pom pom making kit. The kit came with terrible instructions so you might want to read that post as well. For this combination DIY Halloween Pom Pom Garland, I used all four sizes. I’ll refer to the sizes as X-Small, Small, Medium, and Large.

If you don’t mind using all one size, I have another post showing you how to make pom poms using other materials you may have around the house. I now use only pom pom makers because they waste less yarn and require less trimming.

The black pom poms were made using black yarn and the S pom pom maker. After Halloween is over, I’ll store the black garland and just use the white one for fall. As a tip, I wrap garlands around a piece of cardboard when storing so they don’t end up tied in knots.

The white garland is made using all four sizes of pom pom makers. I used mostly the Large, but also added in a few of all of the other sizes to help hide the chunky yarn I tied them to. YOu could use twine or any of the yarn you use. I just happened to have the fluffy, chunky yarn. I used white, and two different ivory yarns to make the pom pom to give the garland more texture. I know I used 14 of the Large, but I honestly didn’t count all of the others.

The sparkly pumpkins and leaves were found at Dollar Tree. The pumpkins came on sticks that I broke off shorter. You can glue the pumpkins where you want them, but I just stuck the sticks into the yarn and so far they haven’t fallen off. The jury is still out on whether or not I’ll pull out the glue fun.

The leaves came in a pack of two and are attached to small clips so that made it super easy to add them. Dollar Tree seasonal items aren’t in stores for long so I’m sorry if the links don’t work.

It takes a bit of time to make the pom poms, but they aren’t hard at all. I hope you enjoyed this short post and that it gave you a new idea for your DIY Halloween decor. This DIY Halloween garland was super fun to make. I hope you’ll give it a try! 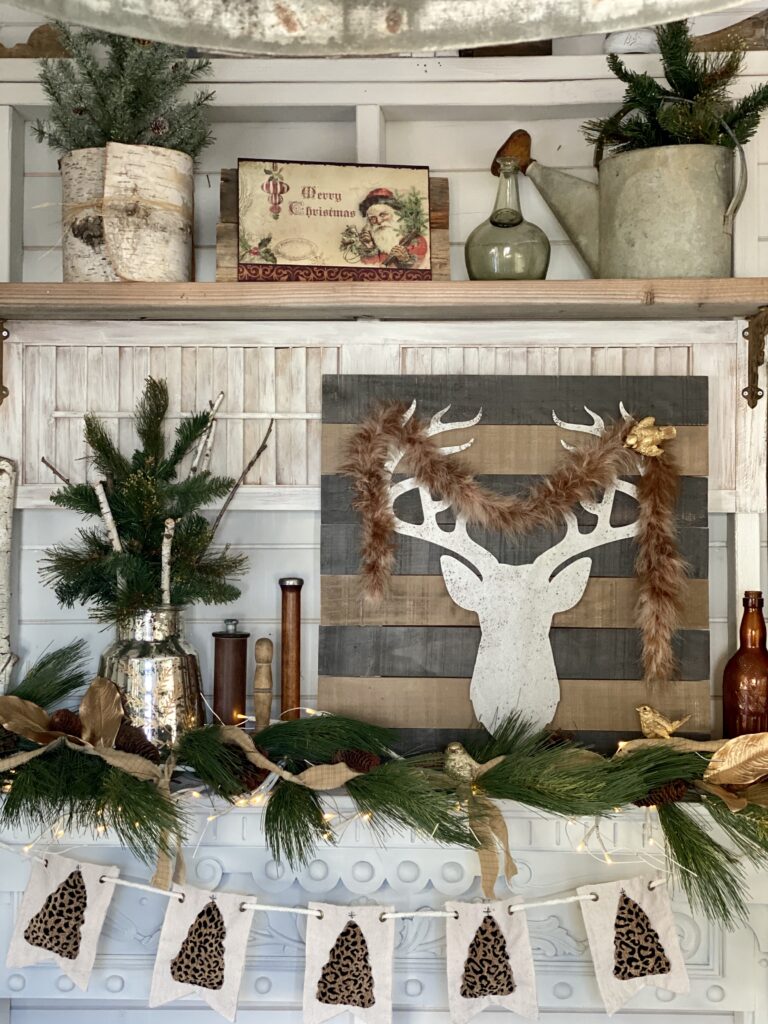 I’ve already finished up my Christmas She Shed Decorations and I’m loving the colors this year. It’s no secret that I’m a lover of neutrals so I kept a neutral theme for she shed Christmas decorations again this year. 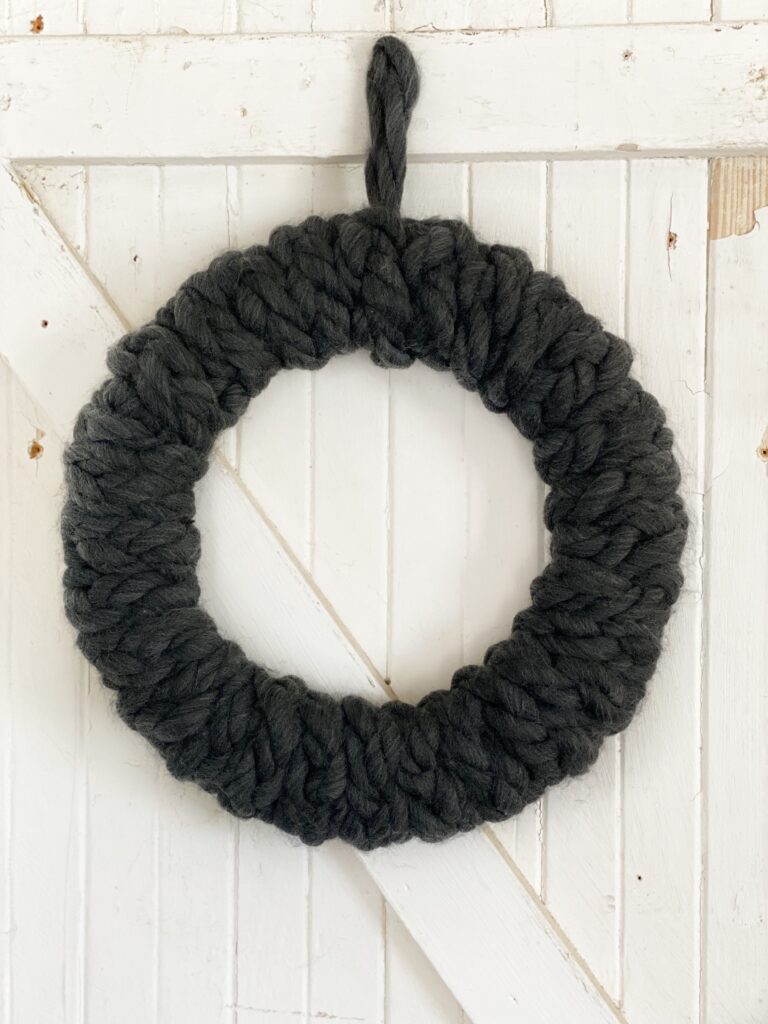 Today we’re going to learn how to make an easy braided chunky yarn wreath. This is one of the easiest and quickest chunky yarn wreath projects I’ve ever made and it’s so warm and cozy looking. Let’s see how it’s made! 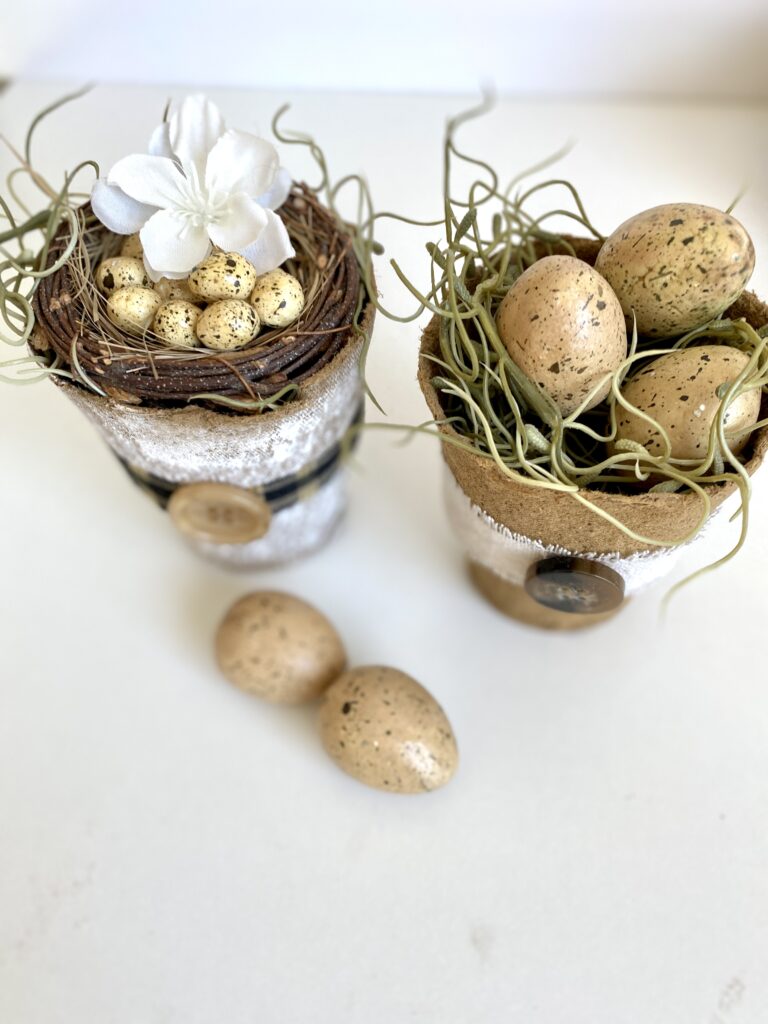 This DIY Mini Flower Pots With Eggs will be a quick project for you to make. I can picture these in so many places in your home. They’re easy to make but they make a cute statement piece to jazz up your Spring or Easter decor! 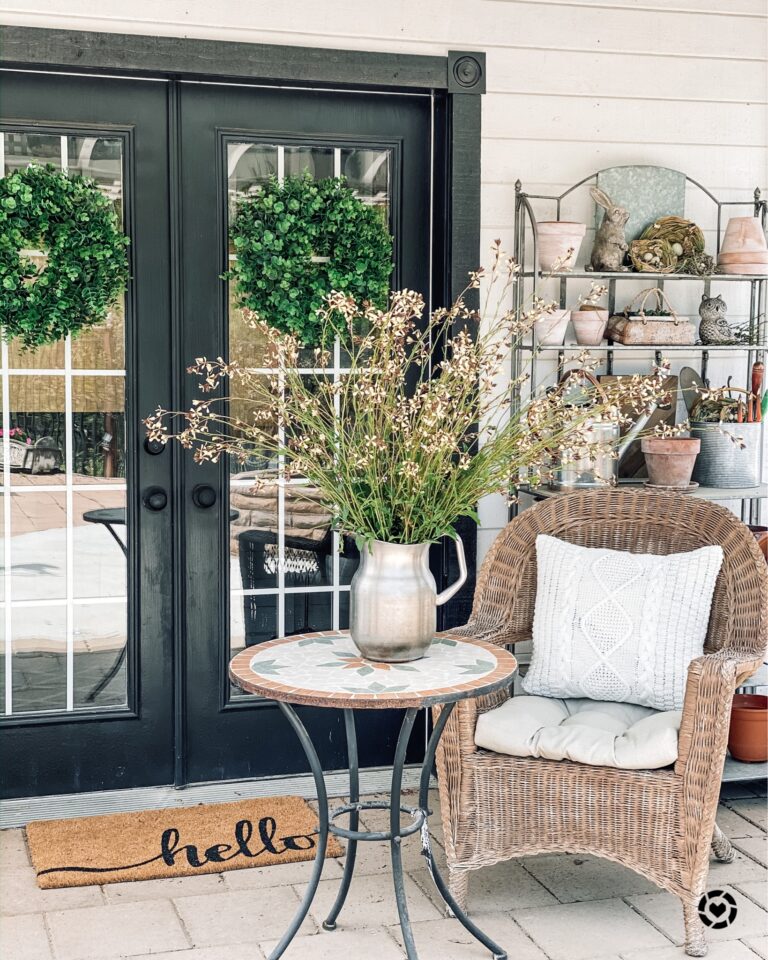 I’ve put together a selection of the best Spring wreaths from Amazon for you. Adding a wreath to a door or window is a quick way to add Spring decor to your home. I like to keep things around $50 or less because I change things up often. 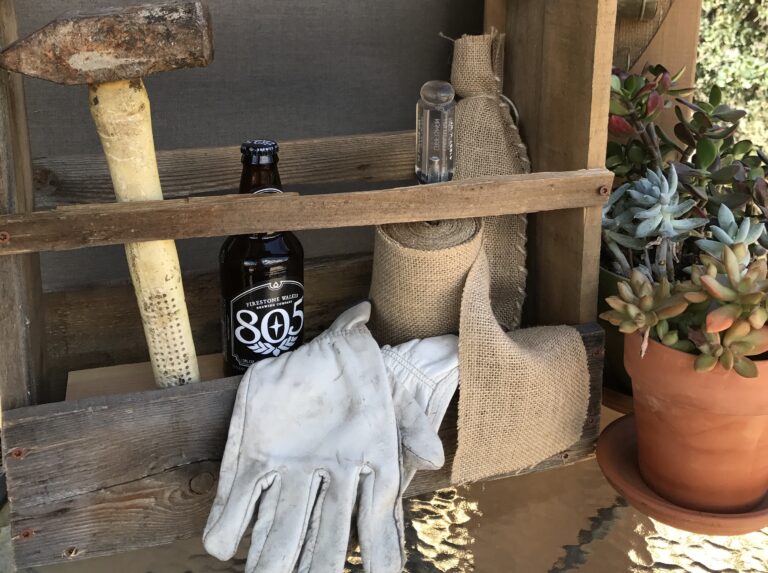 Sunday was a busy day.  I prepared dinner for 25 people, cleaned my entire house, decorated for a graduation party, and created a Pallet Wood Tool Caddy DIY, all by 3 pm.  I wish you had seen me running around like crazy, whipping things into random closets, scrubbing like a madwoman, and racing to the… 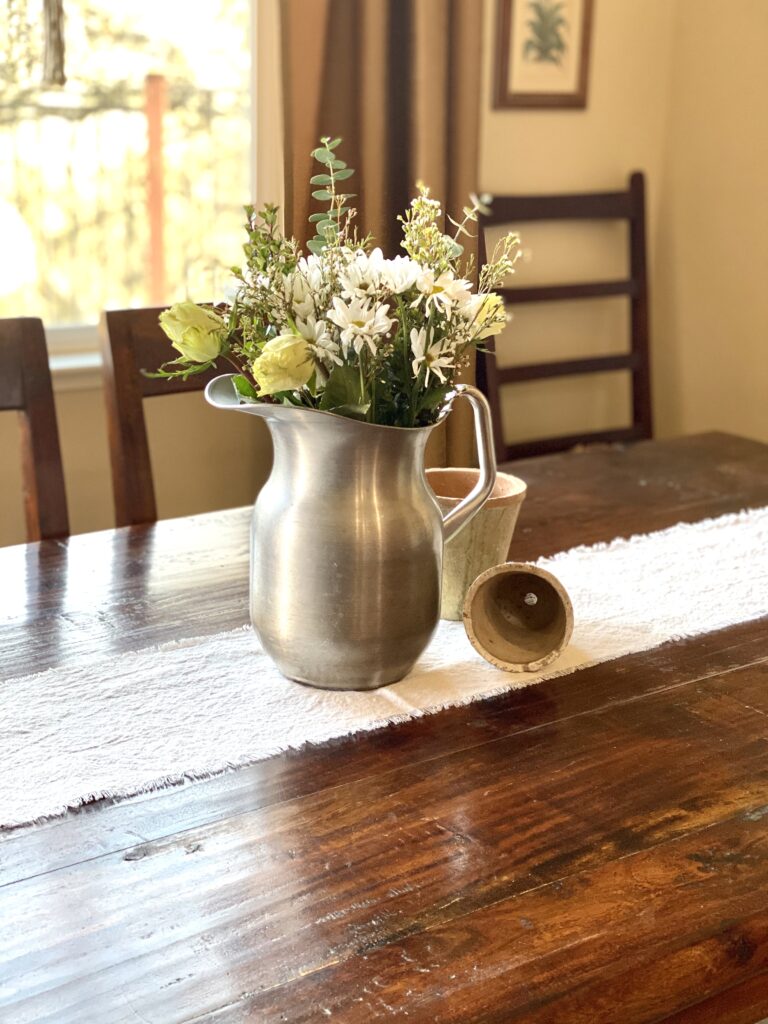 Easy DIY Drop Cloth Table Runner – This will guide you through making a great DIY drop cloth table runner that makes a statement and doesn’t break the bank! I’m a huge fan of drop cloths for craft projects. I love neutrals, it’s cheap, and it looks great! I like to use my runner on…